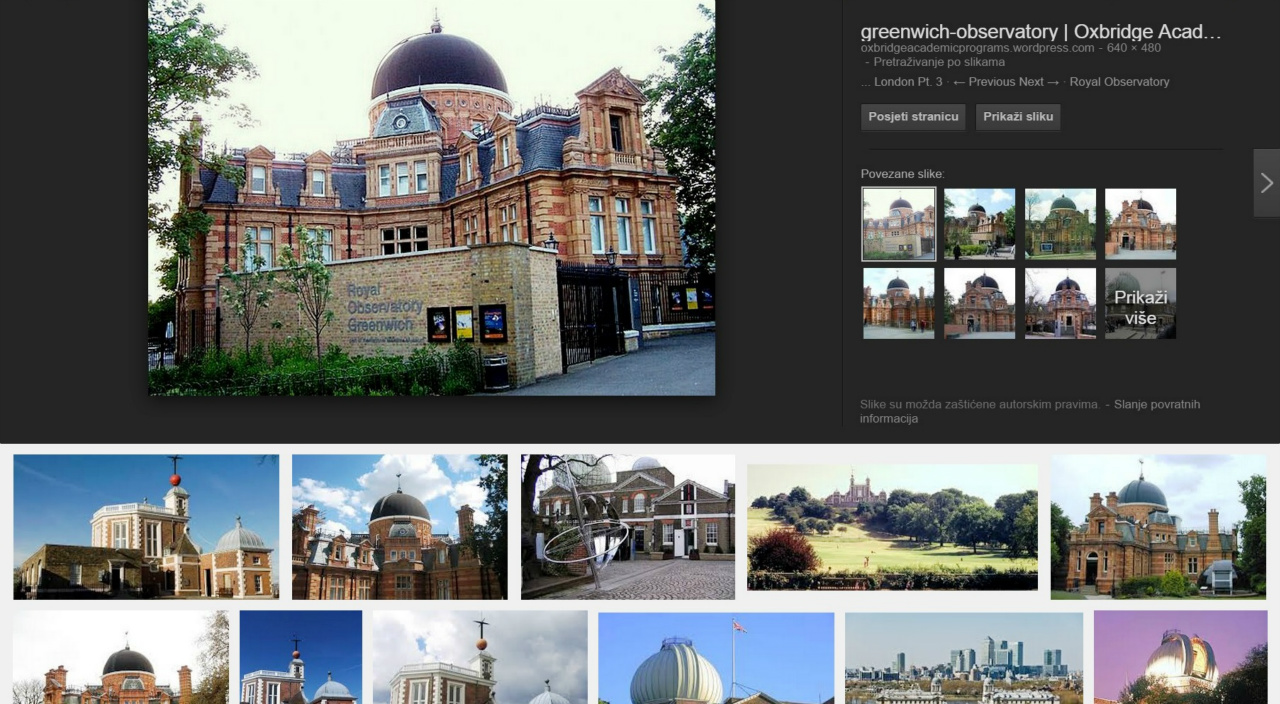 This is the institution that violated my intellectual rights!

Letters to The Royal Observatories

I have noticed only recently that my Nautical Tables PRW had been published with minor and insignificant modification in The Nautical Almanac from the year 1989 till the year 1996.

I wish to state that the "NAO sight reduction tables", as they have been called in the Nautical Almanac, are my Nautical Tables PRW with the following modifications not significant for copyright:

Symbols and abbreviations were changed to comply with the English language standards.

Parameters PRW have been given in tenths of a minute and A/H, B/P have been rounded to integral minute.

I also wish to inform you that I published my Nautical Tables In 1969, that they were recorded in American Practical Navigator-Bowditch first time in 1977 on page 575 (Volume I). Furthermore Hydrographical Office of Yugoslav Navy included, with my permission, my tables in their Nautičke Tablice published 1984.Finally I should appreciate very much if you explained how did it happen that you had published my Tables without my permission?

Hoping I shall hear from you soon, I remain, Dear Sirs,

P.S. I enclose my Tables. Please note that there is an English language explanation from page 23 till page 38.

There has been almost three years since I received the letter, which I enclose herewith, signed by Dr.BD Yallop. I was astonished and shocked both with the style and the contents of the letter. I was astonished to see that a person with a doctor of science degree tried to lecture me about the history of nautical astronomy whose own knowledge of the matter is indeed very poor. He wrote: “I do not know when he gave his solution to the spherical triangle by dropping a perpendicular and solving two smaller triangles, but it must have been around that time.” Above statement is ridicule! To claim that John Napier (1550-1617) solved the astronomical or PZX- triangle by dropping a perpendicular in sixteenth or early seventeenth century shows complete ignorance of the history of celestial navigation and more. John Napier was indeed brilliant scientist and made great contributions to mathematics but I could not find a single article that would mention his concern about navigation (see for example Encyclopaedia Britannica and/or other sources). Dr.Yallop mixed up Napier’s Rules of Circular Parts with dividing PZX - triangle by dropping a perpendicular. Solving PZX - triangle became actual not before inventions of timepiece (John Harrison middle of 18th century). However, to make a long story short, I say that every student of celestial navigation should know that the first one how divided PZX - triangle by dropping a perpendicular was Sir William Thomson, better known as Lord Kelvin, who published his Tables for Facilitating Sumner’s Method at Sea in London in 1876, but his method was for determination of longitude. Various later methods made such a division for determination of altitude.

I was astonished by another sentence I quote “Perhaps you could be accused of publishing tables without permission” unquote. What to reply to this? What to say to a person who accuses me of plagiary when my intellectual rights were pirated by a brute force? How to comment this and stay within scientific and civilised limits? Why I waited three years to answer the letter? First of all I realised that the struggle for my rights would be difficult and that I had to prepare myself thoroughly. Secondly I was very busy simultaneously lecturing at the University and being Member of Croatian Parliament. However, last year I retired from Faculty and my mandate as MP expired. Now I have all the time I need for trying to solve this problem. First I took advises about English copyright law, which is embodied in the Copyright Designs & Patents Act 1988 and the earlier Copyright Act 1956. International copyright laws are stipulated by Universal Copyright Convention and Berne Copyright Convention. As you may be aware, copyright law is concerned with the reproduction of the form in which ideas are expressed, and not with the reproduction of the ideas themselves. No formalities are required for copyright to exist as the right is automatically created along with the work provided the work satisfies a number of qualifying conditions. My work does satisfy these conditions. The above means that the ideas cannot be protected by copyright, and methods of solution in legal terms are ideas. The form is the matter for copyrighting if it satisfies legal conditions. Now let us see the form of so called NAO sight reduction tables: The Tables use same formulae as my PRW Tables. The formulae in legal terms are ideas therefore there are no breach of copyright laws so far. These formulae calculate just one table in which one enters twice with different arguments. I know about hundred Nautical Tables and they all consist of two or more Tables. Well, here one can start thinking about copying of the form. The Tables are arranged in three columns for each degree of latitude. All together there are 3 × 90 × 90 = 24 300 entries i.e. the Table contains 24 300 number values identical to those of PRW Tables. The fact that the values of A/H and B/P in NAO Tables had been rounded to integral degree only means that the NAO Tables are less accurate then the PRW Tables. Comparing the two Tables (NAO and PRW) every impartial authority will see that the forms are identical. Few insignificant details, which I pointed out in my first letter (see copy of that letter enclosed herewith), do not change anything. Furthermore I also wish to point out that the Author of NAO Tables, whoever it might be, not having been able to improve the form of my Tables, spoiled them and made them less practical by complicating signs for the values to be read out. In my Tables the signs plus (+) and minus (–) were printed directly above the parameters R(p') and Z1(2) and have the governing rules printed on the pages’ margins (incidentally these rules are hardly apprehensible). I should appreciate if you let me know your views of the problem? If we cannot come to terms I shall be forced to undertake different actions both in England and USA. I already made a computer program to calculate, to format all pages and to make ready for printing my PRW Tables. The program is very short (about 200 KB) thus suitable for sending by E-mail or for posting on a web page available via Internet to everyone. I am working now on a program for Ephemeris and Almanac and I am about to finish it soon. It will be short and suitable for downloading from the web page as well. In this way I can easily inform the whole scientific word about my problem, which might then become your problem too! In addition it will be possible for all Internet users to download a concise and practical Almanac and Tables free of any charge.

In case you may wish to reply to this letter you can do it also by E-mail. My E-mail address is: petar.cumbelic@du.tel.hr (there is no period after hr). This way our may be correspondence will be much faster and cheaper. I can this way send to you my programs so that you see what I mean!

A Letter from The Royal Observatories

Thank you for your letter of 3 January, which was received safely by HM Nautical Almanac Office, together with a set of your tables.

I am sorry for the delay in my reply, but I had to check first with the US Naval Observatory, who publish The Nautical Almanac jointly with us. They know far more about the history and background to the Davies and Janiczek tables than I do.

I am not sure what you are accusing us of, but I am sure that we have not violated your intellectual priority. You state that your tables were noted in the 1977 edition of the American book by Bowditch, which is entitled The American Practical Navigator. Both in the 1977 edition and in the 1984 edition the explanation to your tables is limited to two sentences. There are 16 other sets of tables noted in Bowditch by authors that pre-date your tables. They all used the same methods of solution for the spherical triangle, dividing it into two right angles using a perpendicular from the zenith. With few exceptions, these other tables are discussed in some detail in Bowditch. Perhaps you could be accused of publishing tables without permission.

I am sure that if Admiral Davies had plagiarised your tables then Dr DH Sadler, who was a recognised as a world expert on sight reduction tables, would have complained about it. Davies and Sadler were not the best of friends. In point of fact he wrote some flattering words about the first publication of the tables.

Clearly there are similarities between the tables in The Nautical Almanac and yours, it is impossible for there not to be. There are, however, significant differences, some of which you point out yourself. There are also differences between the methods of using the two publications. The Nautical Almanac tables for example are not easy to use. I know, I had to re-write the explanation. I can assure you that this was entirely my own work, I never consulted or used another book or table.

When I first saw the Davies and Janiczek tables my immediate conclusion was that the method was simply based on Napier's method of solving a spherical triangle. John Napier was a Scottish mathematician who lived from 1550 to 1617. He first published his tables of logarithms in 1614. I do not know when he gave his solution to the spherical triangle by dropping a perpendicular and solving two smaller triangles, but it must have been around that time. In my opinion all these methods are based on Napier, and he is the one who should be acknowledged for first giving the basic method.

I found it difficult to believe that the Davies and Janiczek tables gave the precision they claimed, namely a precision of 1 minute of arc, sometimes two, but no worse. I made a computer simulation of their tables and tried it out for every conceivable situation, and to my amazement their stated precision was correct. The tables were so compact and obviously their precision was not in question that clearly they were ideally suited for inclusion in The Nautical Almanac, even though they may not be easy to use. I also made some suggestion to improve the table layout, some of which were incorporated.

The USNO did check for similarities with other tables; they did not use your tables, and so they have not published them without your permission.

Producers of sight reduction tables are for ever ringing the changes on a small set of basic methods. The permutations on the basic methods are small, but the variations on those permutations are enormous. ProfessorGeorgeBennett has been looking into all the possible permutations used to prepare sight reduction tables, and he has found one basic method for calculating azimuth that has not been made into a table before, so he promptly made his own. Now there is nothing left to do in this field except produce variations on sight reduction tables. Paradise Cay Publications, whom you mention in your letter, are producing a pirate edition of The Nautical Almanac, which so far I have been unable to stop. They are publishing our almanac without our authority, also our sight reduction tables, and our sight reduction procedures. Moreover they are avoiding the high costs of preparation, so they are able to sell the book more cheaply than us. It is most unfair. If they put us out of business they would not be able to produce The Nautical Almanac themselves. I am working on this problem and I hope to defeat the pirates eventually. Yours sincerely